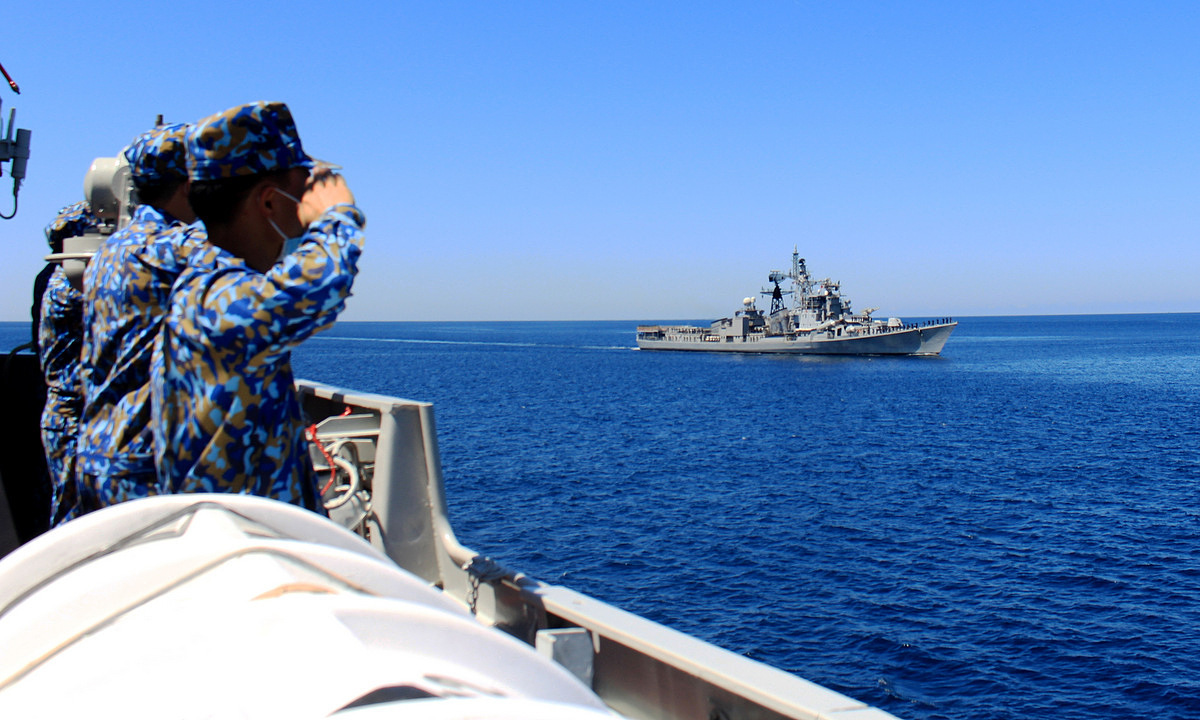 Vietnamese and Indian sailors greet each other in the waters off the central coast of Vietnam, August 18, 2021. Photo from the customs newspaper

A Vietnamese frigate joined an Indian fleet for exercises in the waters off the central province of Khanh Hoa.

Vietnam’s 012 Ly Thai To frigate with Indian destroyer INS Ranvijay and INS Kora frigate held joint exercises on Wednesday in the East Sea, known internationally as the South China Sea, in accordance with the Code of Conduct of the Western Pacific Navy for Unexpected Encounters at Sea (CUES).

After the exercise, all crews performed a greeting ceremony, ending the visit to Vietnam by the Indian Naval Fleet.

The activity aims to strengthen and promote friendship between Vietnam and India in general and the armies and navies of the two countries in particular.

According to a statement posted on the Indian Ministry of Defense website, frequent contact between the Vietnamese and Indian navies over the years has improved the coordination and adaptability of the two forces.

The Indian naval fleet with 459 officers and sailors arrived at Cam Ranh port in Khanh Hoa province on August 15. The reception ceremony took place online to ensure prevention of Covid-19.

The INS Ranvijay is a Rajput-class guided missile destroyer commissioned by India in late 1987, while the INS Kora is the first of the eponymous guided missile corvettes, in service since 1998.