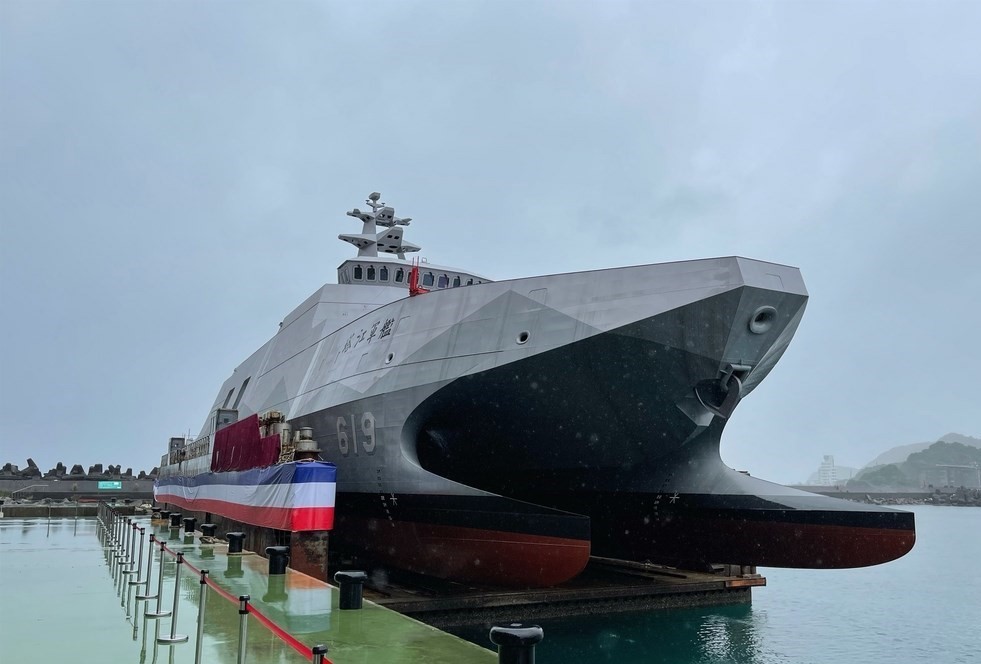 The new system is the naval variant of the Sky Sword II and will be installed on the Navy’s newest ship, the Your Tchang, which is a Tuo Chiang class frigate. The ship is expected to be handed over to the Navy in July.

The Sea Sword II is an active radar-guided medium-range air defense missile developed by the National Chung Shan Institute of Science and Technology (NCSIST). The new system’s multi-target capability allows it to simultaneously engage anti-ship missiles and aircraft, according to NCSIST.

The Ta Chiang (塔 江) is derivative of the Tawa River (塔瓦 溪) in Taitung County. The river basin is home to the indigenous Paiwan people, who have hunted in the area since ancient times and are known for their fearlessness and bravery in war, according to the Navy Command.