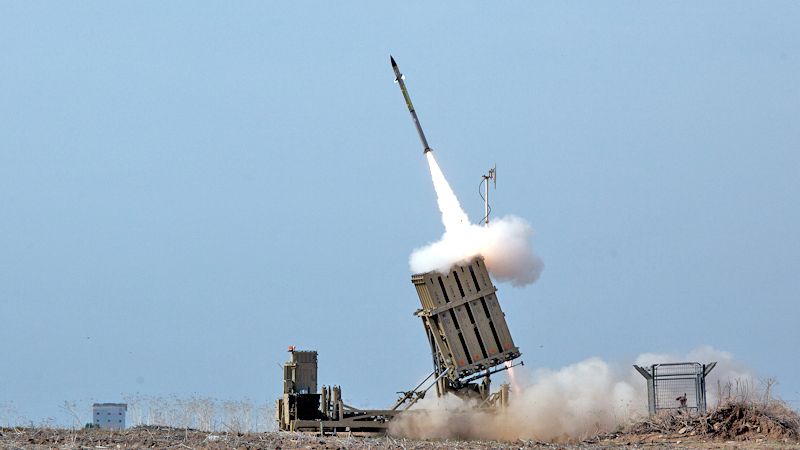 Israel’s Iron Dome – Is It The Best Anti-Missile System In The World?

What is the Iron Dome of Israel?

The system was developed by the country’s Rafael Advanced Defense Systems with support from the United States. It is designed to counter short-range rockets and artillery shells, with limits of up to 70 km like those commonly fired from Gaza.

Rockets heading towards populated areas are intercepted and knocked out in the air before they have a chance to land and cause damage.

Israel has 10 batteries deployed across the country. They are towed by truck and operate in all weather conditions. Each has three to four launchers that can fire 20 interceptor missiles.

How effective is the iron dome?

First deployed in March 2011, after 14 years of development, it has since changed the nature of the Israeli-Palestinian conflict.

The Dome can intercept 90 percent of short-range rockets fired by militant groups from Gaza, while Palestinians have no air defense against their neighbor.

The Iron Dome is one of the most advanced rocket defense systems in the world. However, it has important limitations. During the most recent conflict, Sderot and Ashkelon were two of the Israeli cities hardest hit by rockets from Gaza due to their proximity to the Strip. Mayors of both cities criticized Prime Minister Benjamin Netanyahu for ending the conflict too soon, saying he should have eliminated Hamas.

Iron Dome can intercept nine out of ten rockets.

However, it is possible that if the quality and number of rockets increases significantly in the future, the Dome will not be able to cope. 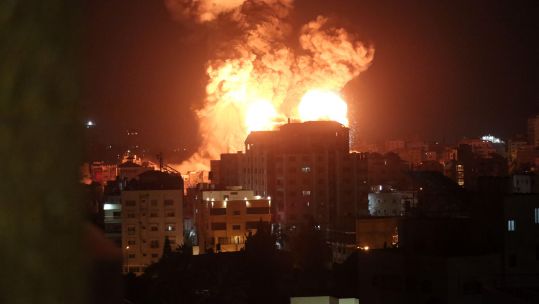 Is Israel’s Iron Dome one of the best anti-missile systems in the world?

The Iron Dome is a cutting-edge technological marvel that has been credited with defending Israeli lives for the past decade.

It is very effective at what it is designed to do, which is to intercept rockets at close range. For this unique purpose, it is considered to be one of the best technologies currently in use all over the world.

Importantly, the Iron Dome can only intercept unsophisticated rockets fired from a relatively close range. He’s very good at what he does, but he’s limited in what he can do.

The Qassam rockets designed and used by Hamas are simple steel artillery rockets that are fired in a discriminatory manner, which means they cannot be fired at specific locations. Therefore, they target both civilians and military objectives. This, combined with the fact that they are cheap to produce, makes them both dangerous and easy to intercept. The danger comes from the numbers that Hamas can create. However, rockets are straightforward and easy to intercept.

Of course, we cannot put a price on the cost of saving human lives. However, the Iron Dome is an expensive and highly sophisticated technology that effectively protects against simple and inexpensive threats at close range. It wouldn’t protect against something slightly more technologically advanced than a £ 200-600 Qassam rocket.

The Iron Dome is a missile interception system that can be broken down into three components:

1) A radar which detects an incoming short-range rocket.

2) Command and control system operated by soldiers in the field, where the risk is analyzed, then a decision is made whether or not to activate the third step.

3) Interceptor – the last step of the operation is to fire a missile which intercepts the enemy rocket and destroys it in the sky without any damage to the civilians below.

Was Iron Dome co-developed with the United States?

Israel began to develop a missile defense system after the war with Lebanon in 2006.

The Dome was developed by Rafael Advanced Defense Systems and Israel Aerospace Industries with financial support from the United States.

The United States and Israel have worked together on air defense since the 1980s, so it was natural for them to work closely together to deter Israel’s biggest threat to civilian lives.

A Senate report from the US Government Publishing Office calculated that since 2011, US funding for the Dome has exceeded $ 1 billion.

President Joe Biden praised Prime Minister Netanjahu for ending hostilities in less than 11 days. He also praised the Iron Dome for preventing the loss of civilian lives and the destruction of cities, pledging to continue to support the air defense system the United States helped develop. The president gave his “full support to rebuilding Israel’s iron dome system to ensure its defenses and security in the future.”

In August 2019, the US military acquired two Iron Dome systems from Israel. The second battery was delivered to the United States in January of this year.

How much does the iron dome cost to counter Palestinian rockets?

According to the IDF, 4,340 rockets have been fired at Israel since May 10, 2021. If we assume that only missiles that target populated areas are destroyed, it remains costly.

Conversely, according to missile expert Uzi Rubin, rockets fired by Hamas are cheap to make, costing between £ 200 and £ 600.

By: Numbers L. Ivey Category: Missile system
« Moscow considers the deployment of an anti-missile system by the United States in Poland as part of its military planning » Long-range autonomous missile system will detonate targets 186 miles away