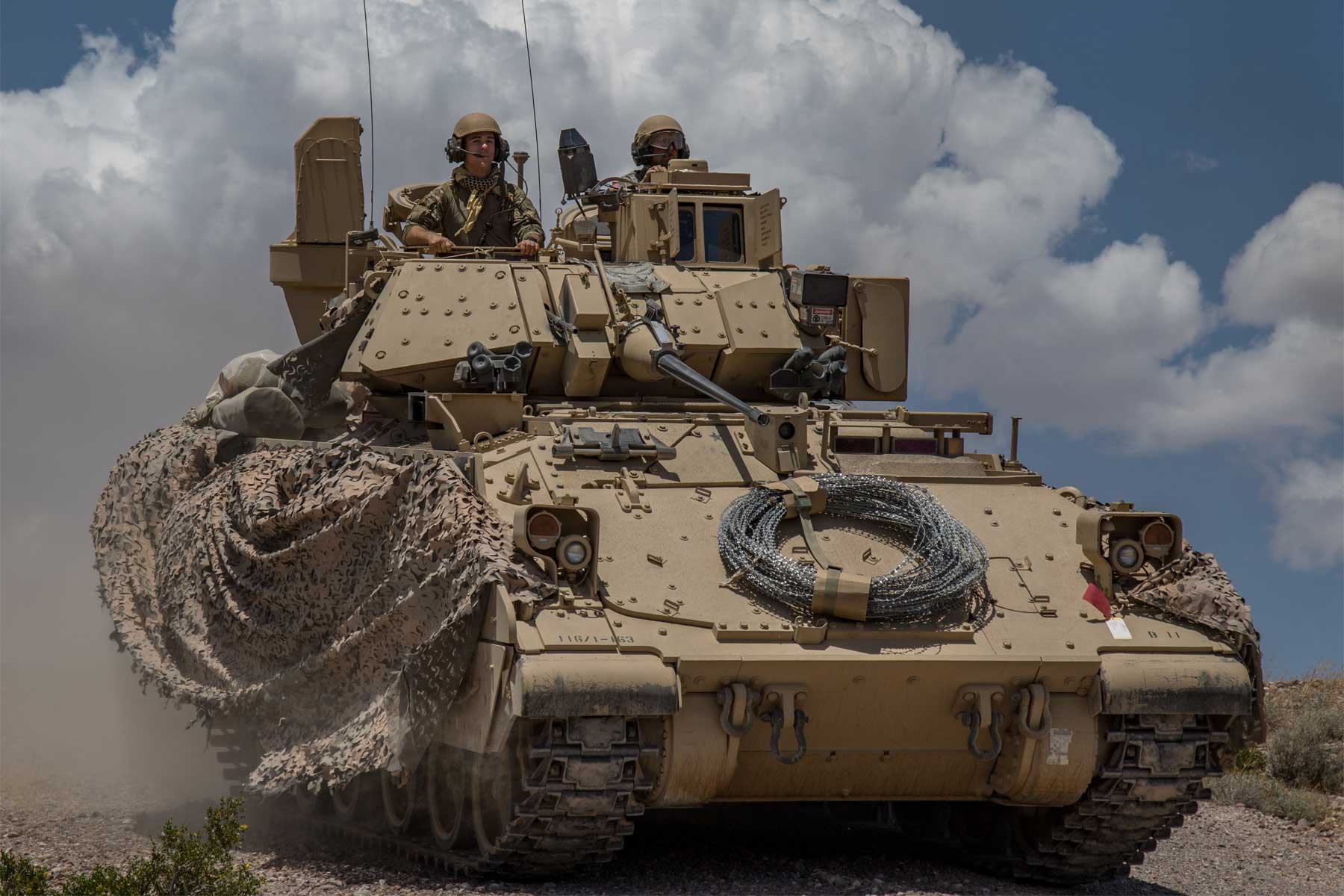 The military will soon begin testing a Lockheed Martin missile defense system designed to work with the service’s M1 tanks and Bradley and Stryker armored vehicles.

As part of a three-year deal announced on Tuesday, Lockheed will supply its Modular Active Protection System, or MAPS, base kit, which includes a framework of vehicle sensors and countermeasures designed to detect, track and destroy rocket propelled grenades and anti-tank guided missiles. , according to a press release from the company.

This is the latest step in the military’s ten-year quest to protect its armored vehicle crews without adding additional armor, increasing vehicle weight and degrading speed and mobility.

Lockheed began working with the military to develop its MAPS technology in 2014.

“Since then, the MAPS Basic Kit has proven its worth in several live fire demonstrations,” said David Rohall, Advanced Ground Vehicle Systems program manager at Lockheed Martin. “We are ready to support integration and testing on a variety of Army combat vehicles, the last step before the military makes a formal decision on the commissioning of this capability.”

The service has been looking for an active protection system for more than 10 years. It chose the Quick Kill APS, manufactured by Raytheon Co., to equip its manned land vehicles as part of the Future Combat Systems program. The effort died, however, when then Defense Secretary Robert Gates canceled the FCS in 2009 – the same year the Israel Defense Forces deployed the first Trophy APS systems.

The military launched an accelerated effort in early 2017 to equip its M1 tanks, Bradley fighting vehicles and Strykers with commercially available active protection devices such as the Trophy system.

The military agreed to equip the M1 tanks of four Brigade Combat Teams with the Trophy system and tested Israel’s APS system, known as Iron Fist, to protect the Bradley.

Equipping the lightly armored Stryker with APS proved more difficult, military officials told Congress in March. APS systems tested by the military could defeat an incoming missile, but it was difficult to prevent the side effects of the destroyed enemy rocket from entering the vehicle.

Under the new agreement, Lockheed Martin will supply five production-ready base kits with an option of up to 20, and support army integration and testing on Abrams tanks, the new multi-purpose armored vehicle. and Bradley and Stryker vehicles. The contract also covers the development of the basic kit for vehicle protection capabilities beyond active protection, such as underbelly explosion protection, the statement said.

– Matthew Cox can be contacted at [email protected]

© Copyright 2021 Military.com. All rights reserved. This material may not be published, broadcast, rewritten or redistributed.